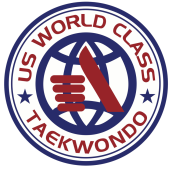 Bethany is an unincorporated community and census-designated place in Washington County, Oregon, United States. It is situated north of U.S. Route 26 near Beaverton, about four miles northwest of Cedar Mill, and is within the Portland Metropolitan Area. As of 2010 Census, the community had 20,646 residents. Fire protection and EMS services are provided through Tualatin Valley Fire and Rescue.
Looking for the best martial arts academy in the Portland metropolitan area? Look no further than U.S. World Class Taekwondo - in Bethany Village Centre, Portland Oregon. Our state-of-the-art 9,000 square foot facility is located in the Bethany Shopping Center and serves the surrounding communities of Hillsboro, Rock Creek, Beaverton, Forest Heights, and Cedar Mill.
Our academy is home to the best instructors in the business, offering a range of classes for kids and adults, including high performance Olympic taekwondo, recreational martial arts, adult self defense, and fitness programs. We are nationally and internationally accredited and recognized for our excellence in martial arts instruction. Our focus is on building character and helping students reach their goals through our engaging and dynamic classes.
If you're in the Bethany area, come visit us at the Bethany Shopping Center. We look forward to welcoming you to the U.S. World Class Taekwondo - Bethany family!
15285 NW CENTRAL DR STE 100 PORTLAND OREGON 97229  | Info: +1 503 531 9096
Copyright US WORLD CLASS TAEKWONDO BETHANY ACADEMY OF MARTIAL ARTS 2015